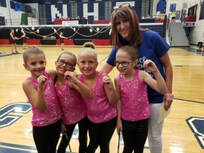 Miss Kim with her Mini Twirling Team after a no drop performance at Nationals!
Kim Arner - Baton
Kim is a 1989 graduate of Louisville High School, where she was a majorette for three years and the majorette adviser for five years. Kim has a B.S. in Education from the University of Akron. In addition to teaching baton, she is also a substitute teacher for Louisville City Schools. Kim has been teaching baton for thirty years.

Kristi with her daughter, Noel and husband, Jon competing in France.
Kristi Crock - Baton
Kristi is a 1998 graduate of Louisville High School. She was a majorette for four years and head majorette for her senior year. She was also a varsity cheerleader for two years. Kristi has served as the majorette adviser for Louisville, Malone University and the University of Mount Union. She has been teaching baton for 22 years. ​

Sarah Faiello - Baton & Color Guard
Sarah is a STEM teacher at the Louisville Middle School. She has been the Majorette and Color Guard adviser at Louisville High School since 2009. Sarah also coaches the majorettes and flags for the Purple Raider Marching Band at the University of Mount Union. She began twirling at the age of five, has won several state, regional and national titles in solo and team competitive twirling, and was the feature twirler at Louisville and the University of Mount Union. Sarah teaches sixth, seventh and eighth grade STEM classes at Louisville Middle School. 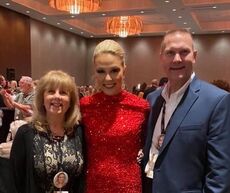 Beth Graal - Baton
Beth is a graduate of Kent State University with a degree in Math and Science. She began twirling at age 7 and has won numerous State and National titles throughout her career. She has competed in every aspect of solo, team and corps style twirling. She was chosen as Kent State's first Feature Twirler and has been the instructor for their "Touch of Gold" Twirlers since 2001. She has also instructed many area high school twirling lines, flag lines and dance teams.
Beth is a certified teacher and judge for various twirling organizations and was even asked to be one of the instructors who helped teach the U.S. Olympic Rhythmic Gymnastics coaches to help prepare their gymnasts.
Her students, individual and teams, have won countless State, Regional, National, International, Junior Olympic and World titles over the years. She was one of Team USA's coaches at the 2015 Inaugural Grand Prix in Abbotsford, British Columbia and the 2017 Grand Prix in Prec, Croatia. Beth is the Sassy Kats Twirl Team coach. 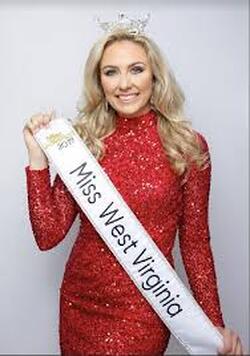 Torianne Graal - Baton & Acrobat
​Torianne is the daughter of Sassy Kats Team Coach, Beth Graal. She works privately with some of our students and teaches several recital classes. She hold numerous state, regional, national and world titles. Torianne represented Team USA in 2017 in Croatia for solo and two baton in the Adult Women's division. Torianne is a proud alumnus of West Virginia University where she performed as one of the Feature Twirlers. She graduated in 2017 with a degree in mathematics and Master's degree in 2019. Torianne very proudly holds the title of 2019 Miss West Virginia! 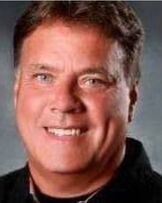 Keith Johnston - Tumbling & Cheerleading
With more than 42 years in the tumbling and cheerleading industry, Keith is one of the most experienced and well-known people in the area, as well as all over the country! He has a Bachelor Degree in Physical Education from Kent State University. He was a public school teacher for 11 years. He is the former owner and coach of N.E.O Allstar Cheerleading for 26 years (first all-star cheerleading gym in Ohio). Keith has coached cheerleading at the collegiate level for the University of Mount Union, Hiram College and is the current cheer coach at Kent State University. Beyond coaching, Keith has been a head judge at Cheersport Nationals and a USASF credentialing instructor. 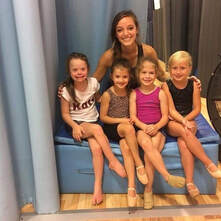 Calle Knisley - Dance
Calle is extremely excited to share her passion for dance with all of the Kat's students! She been dancing since the age of three and teaching dance since the age of sixteen. Calle grew up dancing at Avondale Dance Centre, Centre Stage Dance Studio, the Ohio Conservatory of Ballet, and at GlenOak High School. She learned that she loved teaching at a young age, which is what lead her to also pursue an Art Education degree at Kent State University. Calle feels blessed to be teaching Art at Marlington High School, which she says is her dream job! She can't wait to see all of our students on the dance floor! Random fact about Calle is she is slightly Disney obsessed! 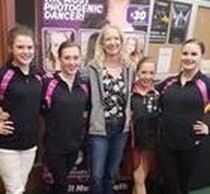 Miss Jeanne Morehart-Mahaffey - Dance
Jeanne Morehart Mahaffey started her dance career at the age of 7. Her dancing started at the Canton Ballet and then she was recruited by The Cleveland Ballet. Her professional dance career was spent at The Cleveland Ballet, The Cleveland Metropolitan Opera and also as a model. She has studied under such famous instructors as Ian Horvath (Cleveland Ballet), Dennis Nahat (Cleveland Ballet), Cynthia Gregory (American Ballet Theatre), Roni Mahler (American Ballet Theatre), William Griffith (Cleveland Ballet), Gus Giordano (Gus Giordano Dance Company), John Prinz (American Ballet Theatre, New York City Ballet) and David Howard (Harkness Ballet). Jeanne’s training from the School of Cleveland Ballet is truly American in its eclectic nature, taking the best of Russian (Vaganova), French, Italian (Cecchetti), (R.A.D.) systems. Jeanne taught at numerous studios including The Canton Ballet before opening her own studio, Avondale Dance Centre. She has adapted the ballet syllabus to accommodate the competitive dancer. She has earned numerous awards including scholarships from Ballet Met, Cleveland Ballet and Cincinnati Ballet. She has also been awarded numerous choreography and technique awards, outstanding lyrical and top teacher from dance competitions all over the United States. She has recently attended workshops under such famous choreographers as Sonya Tayeh, Mia Michaels and Jeff Shade. She has traveled to New York City to attend dance teacher conferences. Jeanne’s love of dance has recently expanded to teaching at numerous schools throughout Ohio. 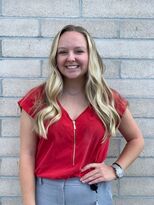 Miss Allie Sayre - Dance
Allie graduated from Hoover High School in 2017 and is currently at Kent State University studying Accounting, Finance, and International Business. At Kent State, she also has taken studio dance classes. Allie has danced since the age of 4 years old with teachers such as Jeanne Mahaffey, Calle Stimer, Morgan Molenar, and Ohio Conservatory of Ballet. Throughout high school and middle school she competitively danced and cheered. She student taught at J Morehart Dance Studio for 3 years and substitute taught for Briana’s Dance Studio for 1 year. Currently, she is working at Maloney and Novotny CPA firm in Cleveland as an audit intern.